Karmic Fury is a DIY comic book about a modern day (and rather familiar) superhero. It’s brilliant in simplicity, hilarious in character, and powerful in message. Music changes the world! Read it and feel the Karmic Fury! 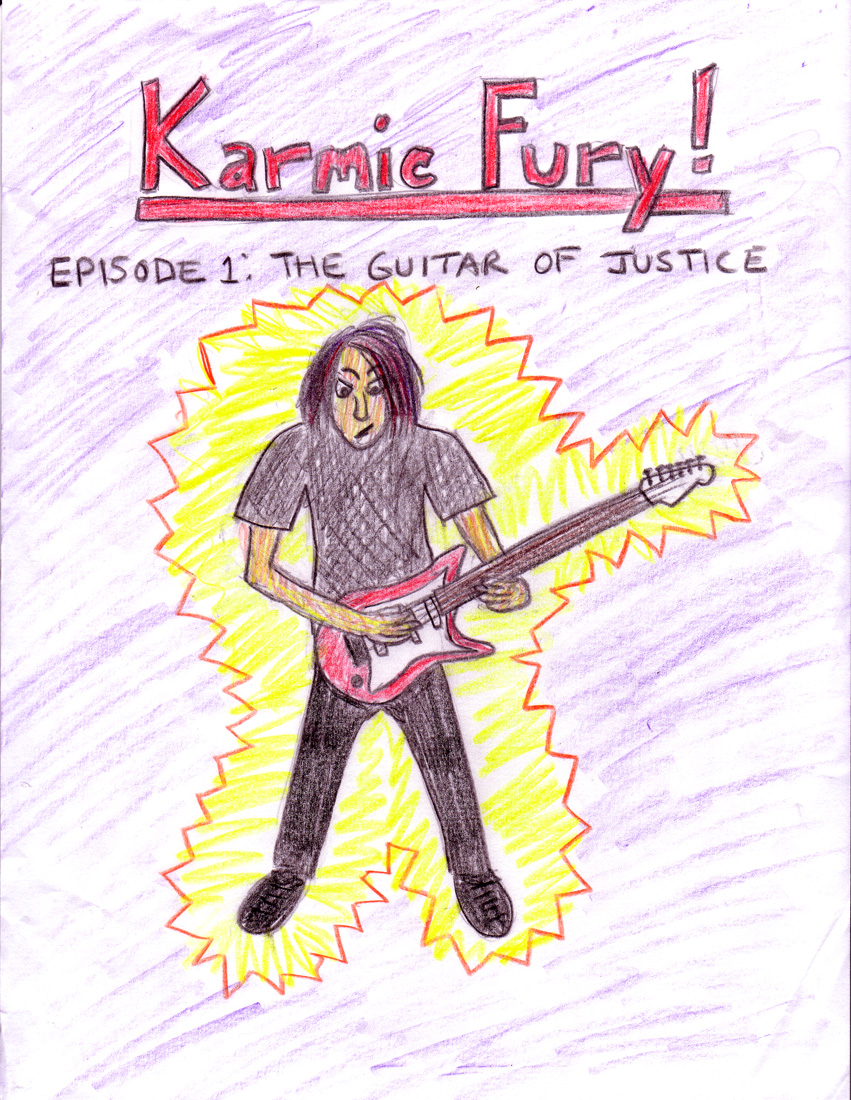 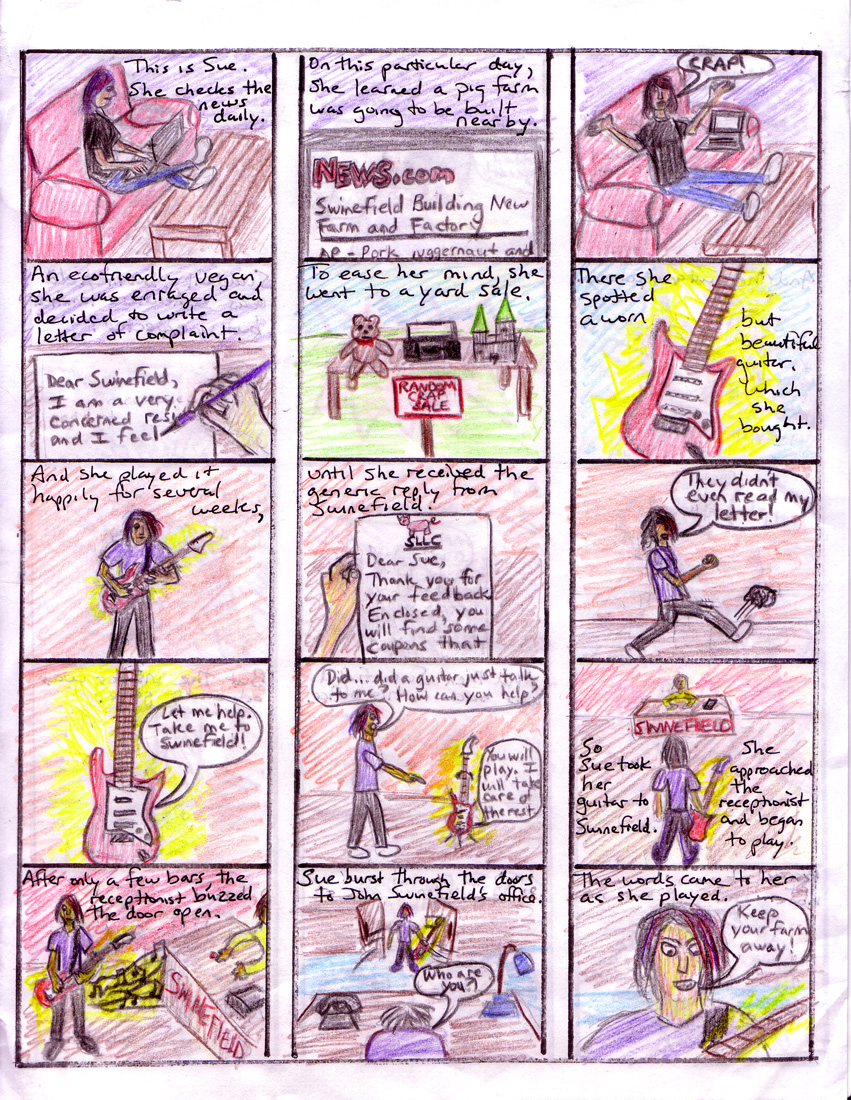 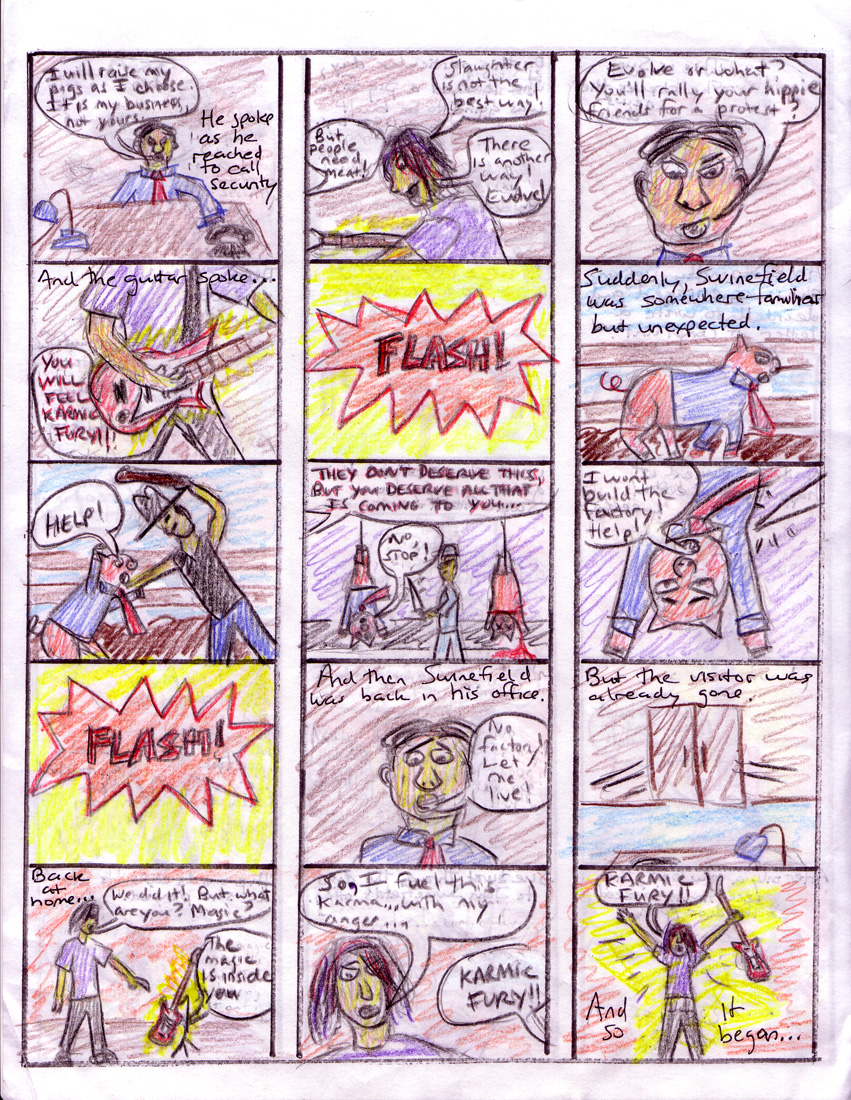