Live video of Folkstar’s “Sunday Night” from a few years ago!

From Kim Dicso of Folkstar:
I wrote “Be with Me Christmas” two years ago, when I was still living and performing in Wilmington, NC. For solo gigs during the month of December, I played mostly holiday songs and thought it would be nice to have another original song to throw into the mix. Christmas in the south was always a strange time for me, playing holiday songs often outdoors without a jacket, something I never quite got used to even as I spent more and more time away from my northeastern roots. I both enjoyed the temperate winter and found it somehow unnerving. While exploring this sentiment, I came up with “Be with Me Christmas”, an ode to Christmas at the beach but also an affirmation that the holiday season is about who you spend it with and how you celebrate, not where you are.

The song would not be what it is without Sue’s collaborative magic. I originally wrote the song as an upbeat jingle jangler and was surprised when Sue told me she heard a mellow song. I was skeptical. Then I heard her ethereal guitar parts and the song took its true form. Thanks to Sue’s melodies, reminiscent of the comforting sway of the ocean tides, “Be with Me Christmas” became a better song than I could have ever written alone. Like a melodic hug from a dear friend, a cup of hot cocoa for your ears, a tonally cozy fire in the fireplace, we hope you enjoy this sweet dose of comfort and joy!

Please download “Be with Me Christmas” or add it to all your holiday playlists on any streaming platform! Just search “Folkstar Christmas” and enjoy!! 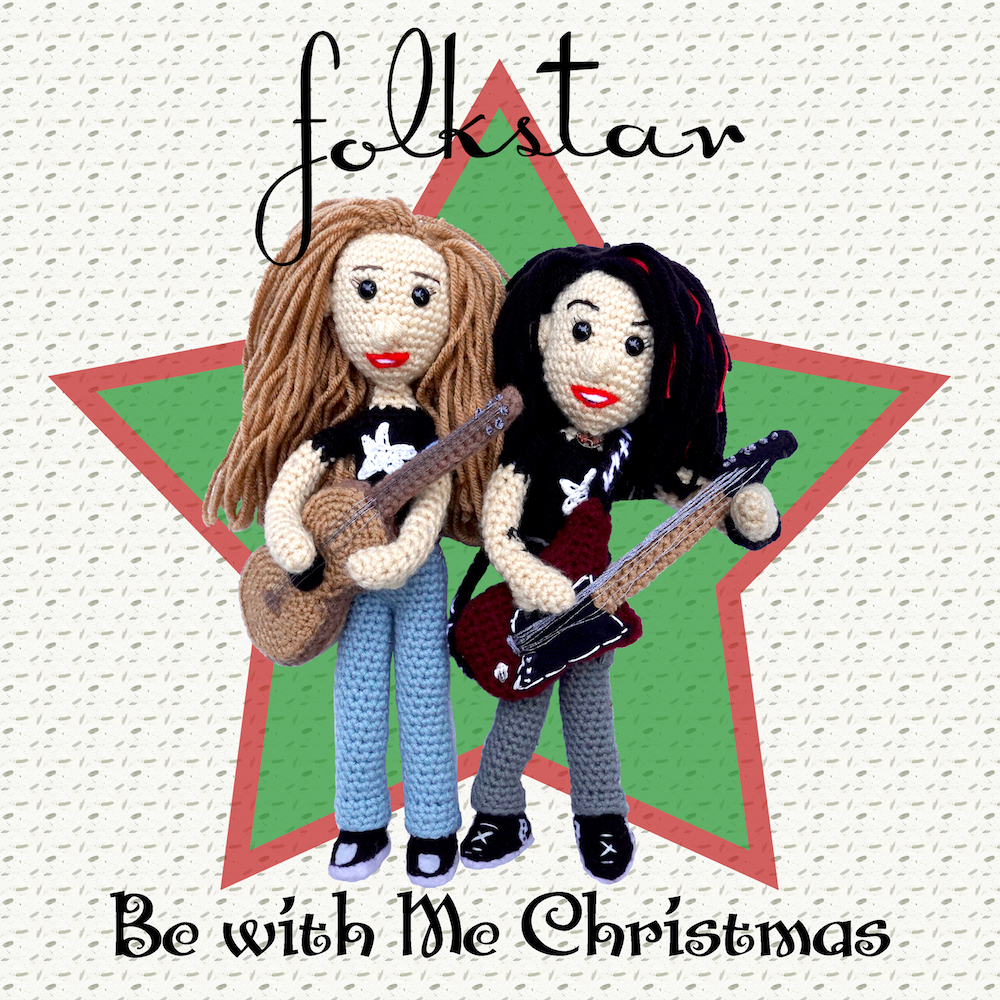 Send to Facebook
We are pleased to announce the release of “Greyheart,” the second single and title track from Folkstar’s upcoming fourth album.

Here’s what the band has to say about the song:

This song began in the Porcupine Mountains of Michigan when I stopped to rest under a big old maple tree. Next to me below the thick leaf cover was a small black solitary mushroom in the shape of a heart. It was a “blackheart.” Kim commented about how it reminded her of me, perhaps because of my fondness for rock n roll, to which I simply replied that I was actually a “greyheart.” As we continued our travels I noticed other wild marvels including the wondrous sight of a great bison running through the grass and playing, alone, far away from others, in Wyoming. I thought a lot about this while hiking and exalting in being by myself, miles away from other people. Finally, it all came together on paper after returning home, after someone criticized me for my habit of frequently wearing the color black. This song is about being a true individual, balanced, authentic, and free. It’s about being an outlier, not the status quo. It is a self-portrait painted in song form. ~Sue Cag, Folkstar

“Greyheart” is now available for streaming and download on all major platforms! You can find it on Spotify, Bandcamp, Amazon, and Apple Music.