Catch folk-rockers Folkstar and pianist/vocalist extraordinaire Dylan Linehan at this not to be missed showcase of female musicians, featuring original songs from both acts. Saturday, January 19th, 2013. Doors are at 9pm, show starts at 10pm.

Folkstar is a fusion of acoustic folk songwriting and rock and blues guitar. The result is catchy songs built on engaging lyrics and fiery guitar licks. Their music dips into mellow ambiance one moment and surges into heavier rock the next. It is a moving display of raw emotion and energy. http://folkstar.net/

Dylan Linehan is a blend of theatrical, rock opera, classical, a sprinkling of pop, and a whole lot of “wow” thrown in… Linehan’s voice can go from a subtle whisper to operatic bellowing within a single phrase, all while her hands deftly navigate the keyboard. Her piano playing is exceptional, and it’s wonderful to see a singer this good not sacrificing her musicianship for the sake of vocals. Linehan’s music is pure jaw-dropping magic. http://dylanlinehan.com/ 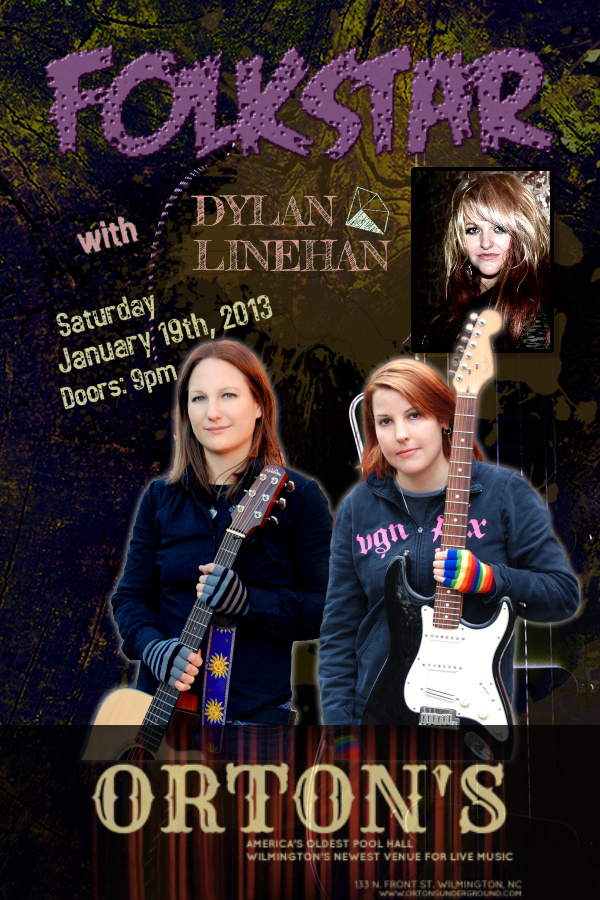