This Saturday, January 10th, is the much-anticipated release of cellist Jude Eden’s debut album In the Key of J. She will be performing live at Fermental at 7pm, at which time you can also pick up a copy of the album. For more details, check out the Facebook event.

Best known locally for being half of the duo Upstarts and Rogues (we talked about them in KFR Live #8), this is Eden’s first solo recording effort. The songs are mostly instrumental, usually with melodies layered over rhythmic plucking. The beauty of songs without lyrics is that the listener is free to go wherever she or he chooses, to interpret the music based on the emotion it invokes, with no verbal guidelines from the creator. I recommend listening to this album when you have time to let your mind wander and go on an adventure, undistracted by the “real” world. 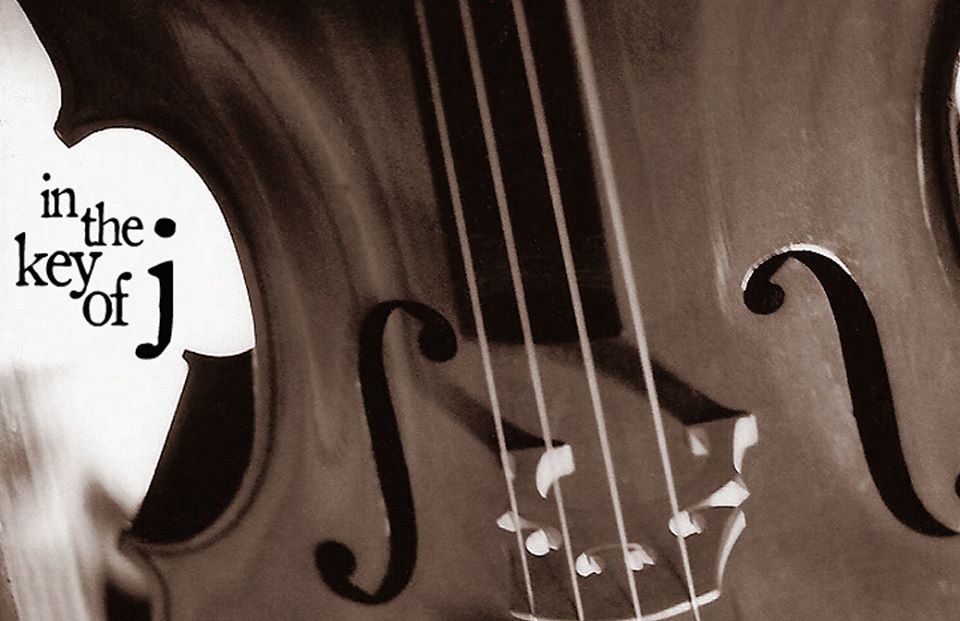 In the Key of J opens with “Cascades,” a good introduction to Eden’s style of sonorous melody layered over percussive plucking. The second track, “Spy vs. Spy,” might be my personal favorite. Eden cleverly utilizes her instrument for a variety of effects, from resonating knocks to sneaky slides in and out of some of the notes. I really got a sense of mystery, tiptoeing around, the possibility of danger. “Morning Glory” stands out as the brightest and most cheerful song on a largely brooding album, invoking images of gardens, meadows, and the fresh dew of a new day. “Faye’s Voyage” is another example of great effects, including some nice scratching noises. There’s a sense of symmetry, with effects at the beginning and the end, and dual melodies interlacing throughout the body of the song. I sort of felt like I was on a boat, which made the segue into “Whales” make a lot of sense. The plucking fades in and out like the pulsing of sonar, with a strong and smooth melody layered nicely over it. Eden gives this song space to breathe, with an easy melody that doesn’t feel forced to cover too much ground. “Witness” is a short and sinister-sounding track with no background plucking, implying a singular voice carrying a lot of emotion and possibly some trauma.

I suppose “Canon” might technically be considered to be a cover song, since it is based on Pachelbel’s “Canon in D.” However, Eden gets a ton of points for creativity. I expected multiple layers of cello, which is what happens eventually. Totally unexpected was Eden’s sultry yet understated voice added into the mix, the only time she actually sings on the album. Her two instruments are layered like a musical lasagna: Cello, cello, vocals, vocals, cello, vocals, etc. The breathy vocal harmonies interwoven with the cello melodies really make this arrangement different from any heard before. By the time the song reaches its crescendo, the effect is that of a choir of singers on one side and a choir of cellos on the other. The wild ride wraps up with a solitary cello. You’ve heard this song before but you haven’t heard THIS song before.

“La Ramblas” sounds like the soundtrack to someone getting ready for a duel or a mission or at least walking down the street meaningfully, possibly on a hot day. “Something in the Way” is a brooding interlude that marches deliberately. In “The Seafarer” Eden uses reverb and delay to make the cello actually sound like water. When the dual high and low melodies kick in, I do feel like I’m on a journey on the sea.

The album ends with a cacophonous head trip of a song called “Catalyst.” This is the only other time Eden’s voice appears on the album, this time with spoken word. I’ve always enjoyed her lyrical freestyles performed live and don’t think a Jude Eden album would be complete without showing off her poetic prowess. There is so much going on in this song that I had a hard time deciding what to listen to. On the one hand, there is a whole toolbox of cello effects, from the sound of dripping water to a traffic jam of beautiful noise. And on the other hand there is Eden’s voice, both ominous and playful, echoing amid the futuristic orchestra. Among the lyrical gems are lines such as “Darkness is the catalyst for my creative catharsis.” The line she repeats as the song and album comes to a close could be a tagline for the album itself: “A new way into the same old day.”

Pick up a copy of In the Key of J at Eden’s live show or order online at inthekeyofj.com.