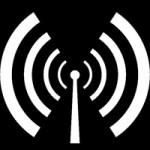 We are getting to ready to launch an exciting promotional campaign in support of Wilmington-based Folkstar and their album Emotional Bootcamp, which we proudly released earlier this year.

In August, we’re undergoing an 8-week radio campaign which will consist of contacting and tracking radio stations nationwide in order to get Folkstar added to music rotations.  We will let you know which stations pick up the music, so you can call and request Folkstar!

To coincide with the completion of our radio campaign, we’re exploring licensing opportunities for television.  You might just hear some Folkstar riffs on one of your favorite shows! We’ll keep you posted on which television shows you should plan on catching in order to hear Folkstar.

Finally, we’re organizing a Pacific Northwest tour for the fall – that’s right, west coast, Folkstar is coming to you!

We’ll have a lot more details for you in the coming weeks, but we just wanted to let all of you know what an exciting time this is for us at Karmic Fury Records!  Thank you for supporting us, our artists, and local music (wherever “local” might be for you).